14 Ways To Celebrate Indigenous People's Day in the Southwest 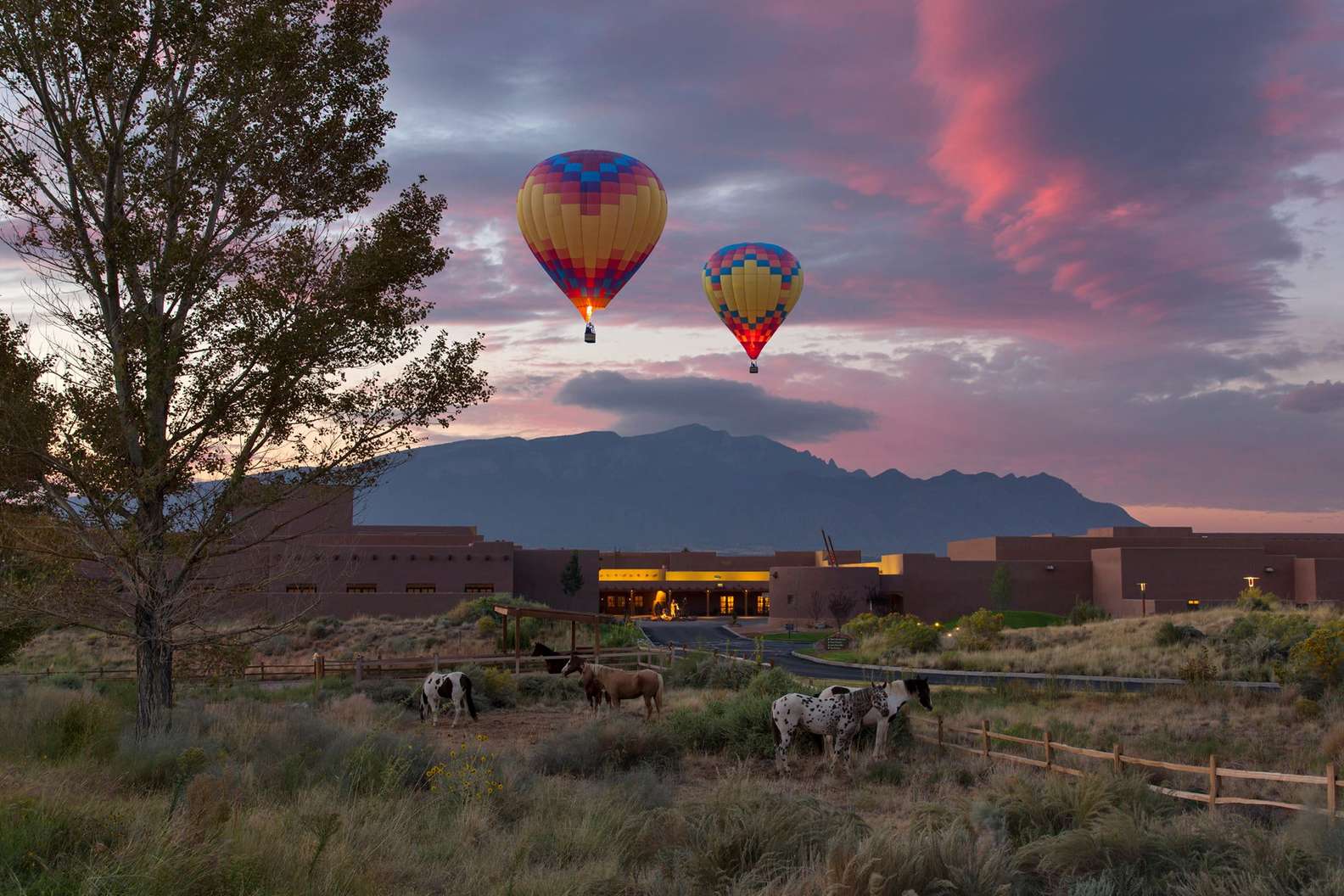 More than 20 percent of the Native American population lives in the Southwest United States, with an especially strong presence in New Mexico and Arizona. The culture, art, and commerce of the region’s indigenous people is reflected in businesses, landmarks, and tourist attractions built on heritage that’s often thousands of years old. There’s much to learn and explore. When planning visits, check in advance for the latest information and operating hours. Visitation may be temporarily limited due to COVID-19 concerns. 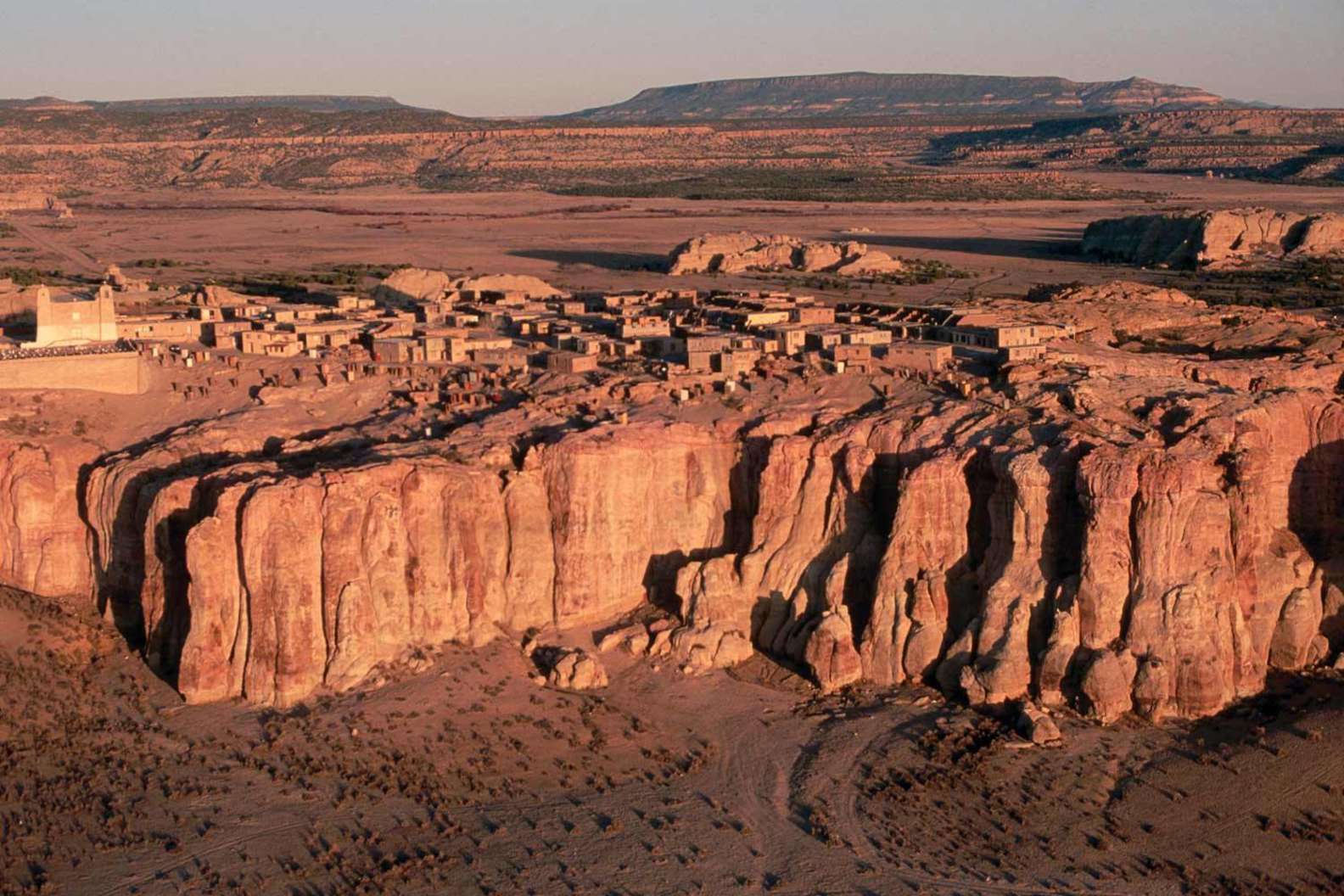 Acoma Pueblo, New Mexico
Just west of Albuquerque, you’ll find Acoma Pueblo, which consists of four Native American communities. Most famous is Acoma Sky City, where 250 adobe dwellings reach into the sky on an elevated sandstone cliff. The Acoma people have lived there for centuries and continue to do so today. Tourism is a big part of their economy with handmade pottery for sale and endless resources found in the Sky City Cultural Center and Haak’u Museum. Break for lunch at the Yaak’a Cafe, where you can order chilé stews, corn enchiladas, and other authentic native dishes. 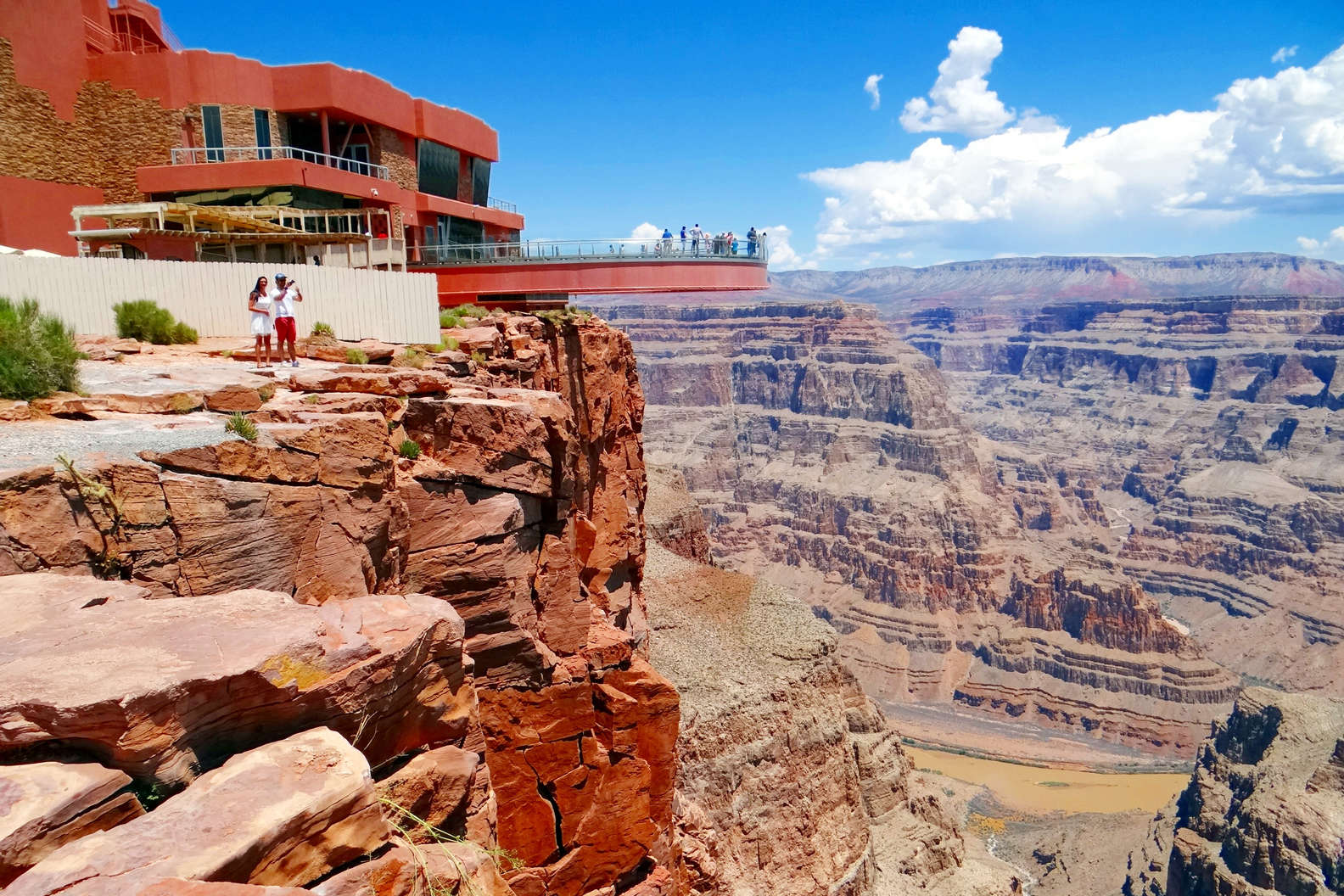 Grand Canyon, Arizona
Yeah, the Grand Canyon is a pretty big place. The west rim is operated by the Hualapai and draws a big chunk of tourism from Las Vegas. (Taking a helicopter from Sin City is worth the money over the longer, bumpy road trip.) Grand Canyon West is best known for the Skywalk — a glass-bottomed bridge that stretches out nearly 5,000 feet above the canyon floor. In addition to soaking in the majesty of the mammoth landmark, you can also get familiar with local culture (and do a little shopping) with the Native American Village at Eagle Point, which has performances by Hualapai “Bird Singers” every half hour. 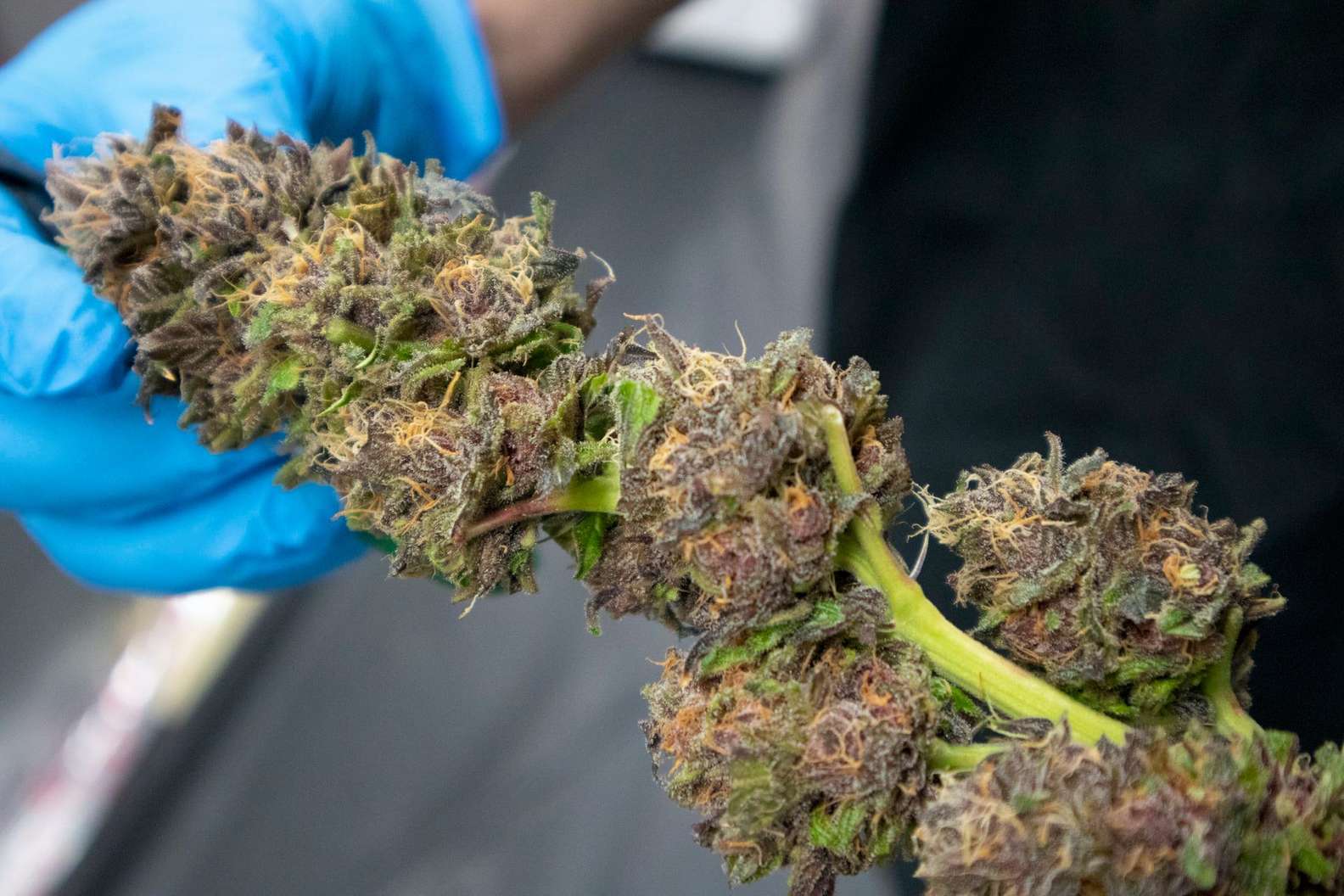 Las Vegas, Nevada
NuWu is more than just another dispensary in Las Vegas. Owned by the Paiute community on tribal land, it represents the strength and importance of Native American autonomy in a growing industry of the future. In addition to having the first drive-thru window for legal cannabis sales in Nevada, NuWu also opened the first and so far, only public consumption lounge. (Nevada state regulators are having trouble finalizing legislation to approve them on a widespread basis.) The original location is Downtown, not far from the casinos and hotels of Fremont Street. A second smaller location is in the northwest valley by the Las Vegas Paiute Golf Resort. 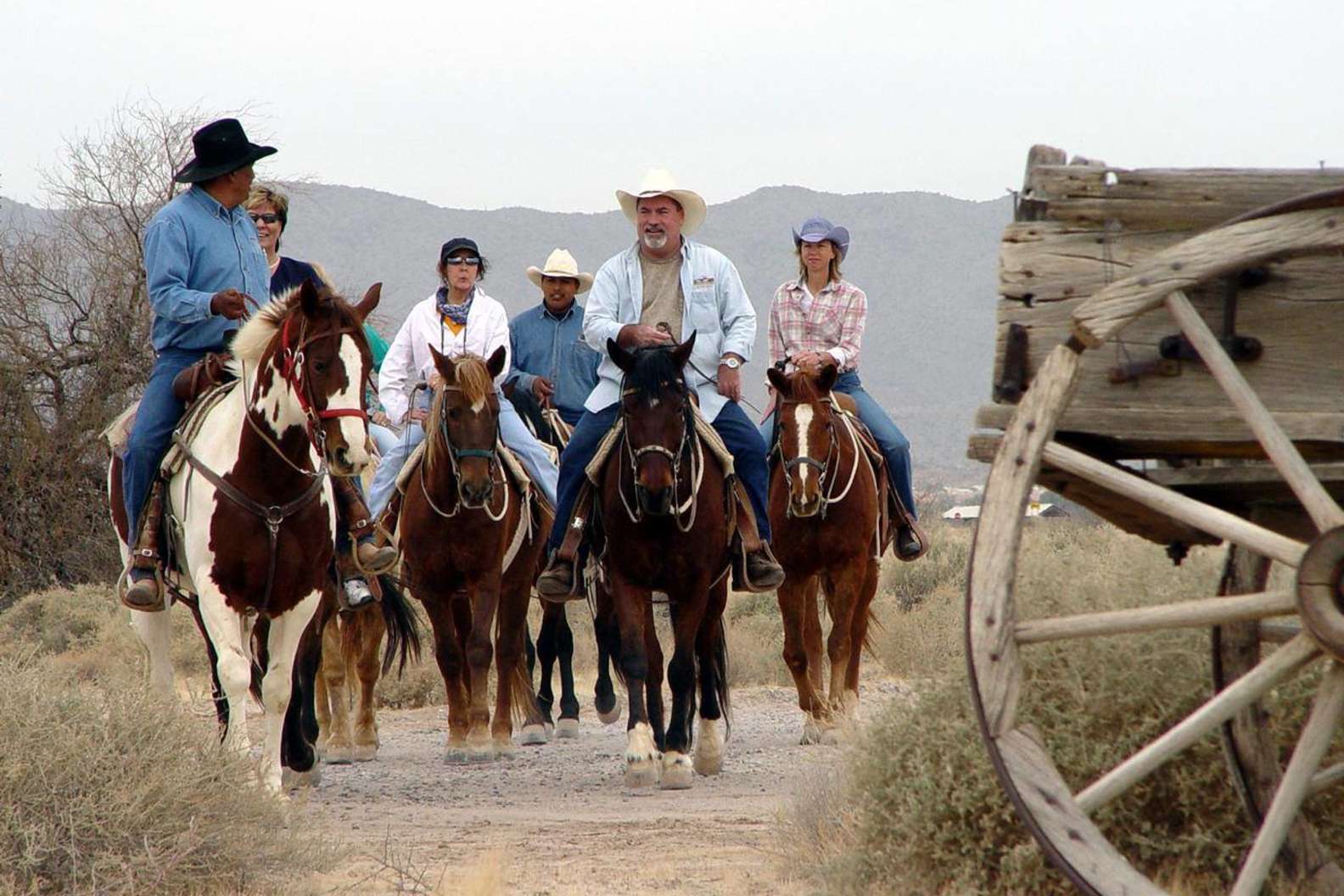 Chandler, Arizona
Just south of Phoenix, the Kofi Equestrian Center is one of the best ways to experience the culture of the Gila River reservation. Trail excursions are open to riders of all levels, including beginners. Instead of traveling single file, participants are encouraged to spread out side-by-side while exploring the desert terrain of Wild Horse Pass. Carriage and hay wagon rides are well suited for families and kids. Plan a visit in the early morning to avoid the peak heat, and then visit the Huhugam Heritage Center with exhibits dedicated to the art, culture, and history of two tribes: the Akimel O’otham (Pima) and the Pee Posh (Maricopa). 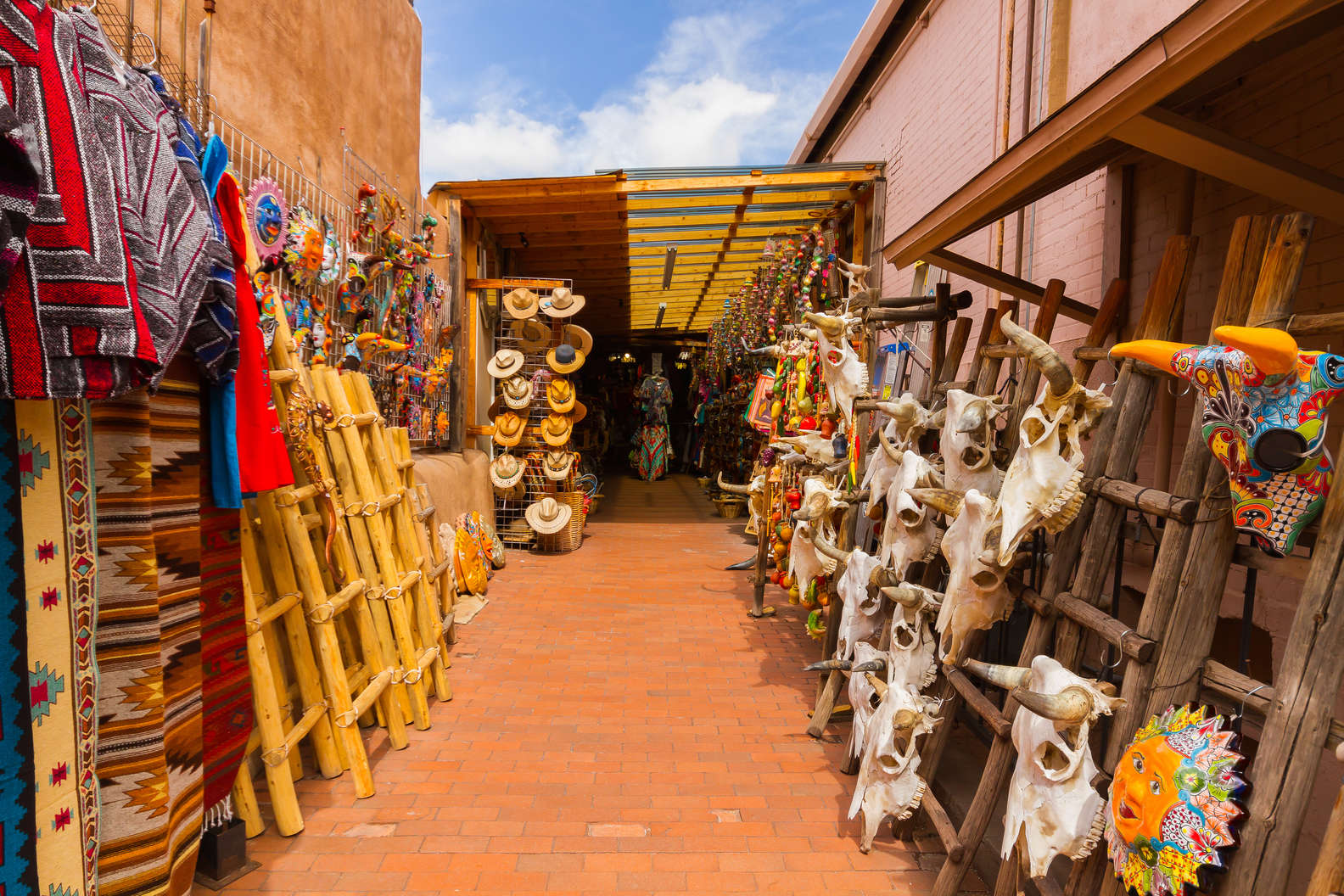 Santa Fe, New Mexico
Downtown Santa Fe offers eye-opening exposure to not only Spanish colonialism, but Native American culture — much of it reflected in the city’s reputation as an art mecca. Explore Native American works in the galleries of Canyon Road or the art and jewelry shops in the center Plaza. Take a short excursion to Museum Hill and visit the Museum of Indian Arts & Culture, Wheelwright Museum of the American Indian, and Museum of International Folk Art. If possible, plan your trip around the annual Indian Market, which takes place in August — and will hopefully return next year after going virtual in 2020. 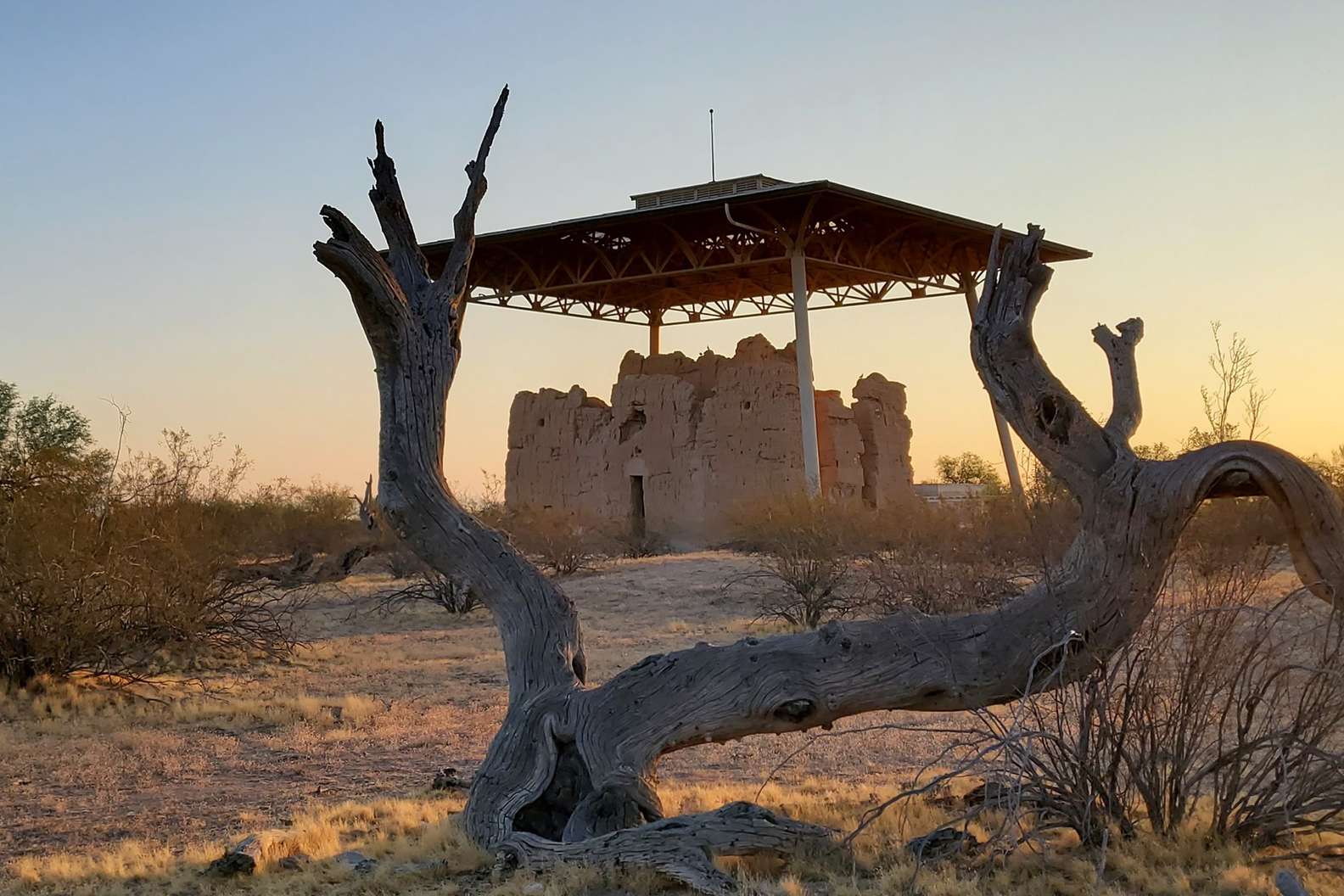 Coolidge, Arizona
A visit to the Casa Grande Ruins National Monument may leave you with more questions than answers. The mysterious remains date back to about 1350, when the Sonoran Desert people developed a somewhat sophisticated trade stop with a widespread irrigation system. Abandoned in 1450, the site is punctuated by Casa Grande itself (or as translated, the “big house”). The once four-story adobe structure is now protected from the weather by an overhead canopy and surrounded by houses and offices from the late 1930s that are so old and true to native architecture, they’re now considered historic as well. 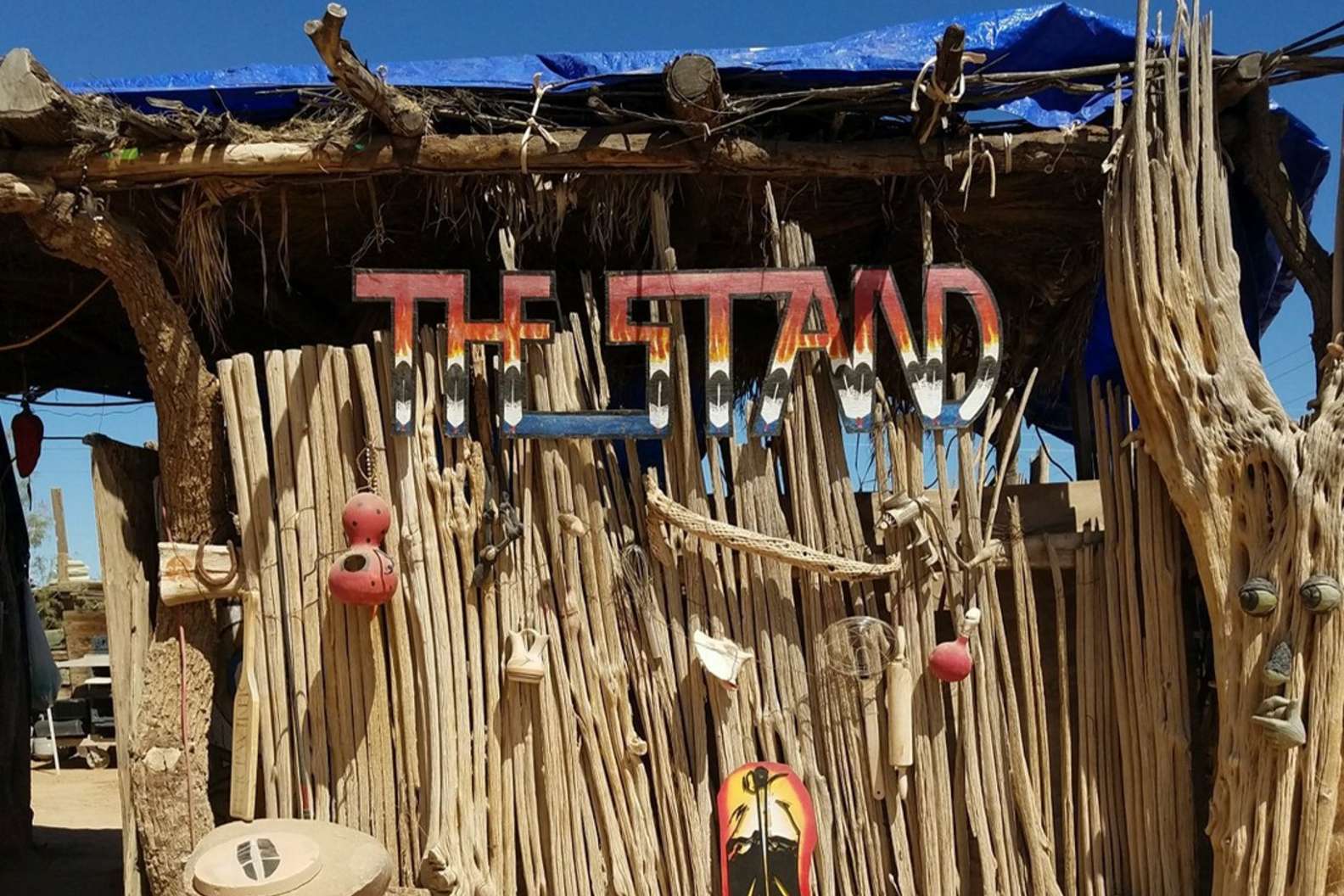 Scottsdale, Arizona
Not to be confused with a nearby burger joint of the same name, The Stand is a roadside open-air kitchen that’s earned bucket list dining status when exploring the Native American culture of central Arizona. Tree stumps are used for seats and the menu is relatively simple, featuring tacos made with a choice of tortillas or fry bread — a puffy, chewy fried dough. While in the area, pay a visit to the Huhugam Ki Museum, dedicated to the Salt River Pima-Maricopa Indian Community. 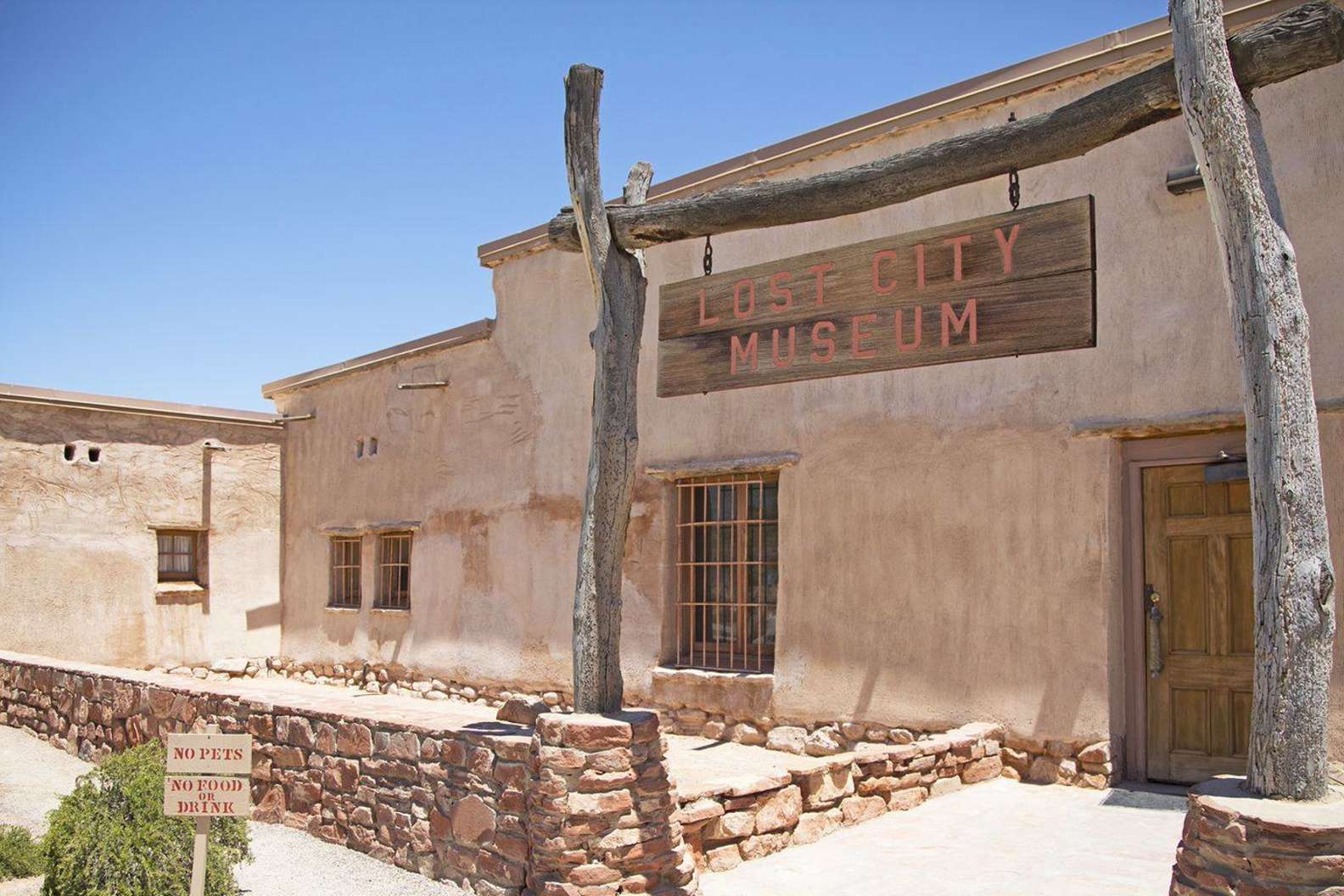 Overton, Nevada
The Lost City Museum is a fascinating dig into the archeology of Native American history in Nevada and Arizona. Most of the artifacts were recovered from sites that would eventually be flooded by redirected water due to the construction of the Hoover Dam. The museum is just outside the Valley of Fire State Park, where ancient Native American petroglyphs were discovered among the colorful sandstone formations. Even if you stay in your car, it’s one of the most scenic road trips near Las Vegas. 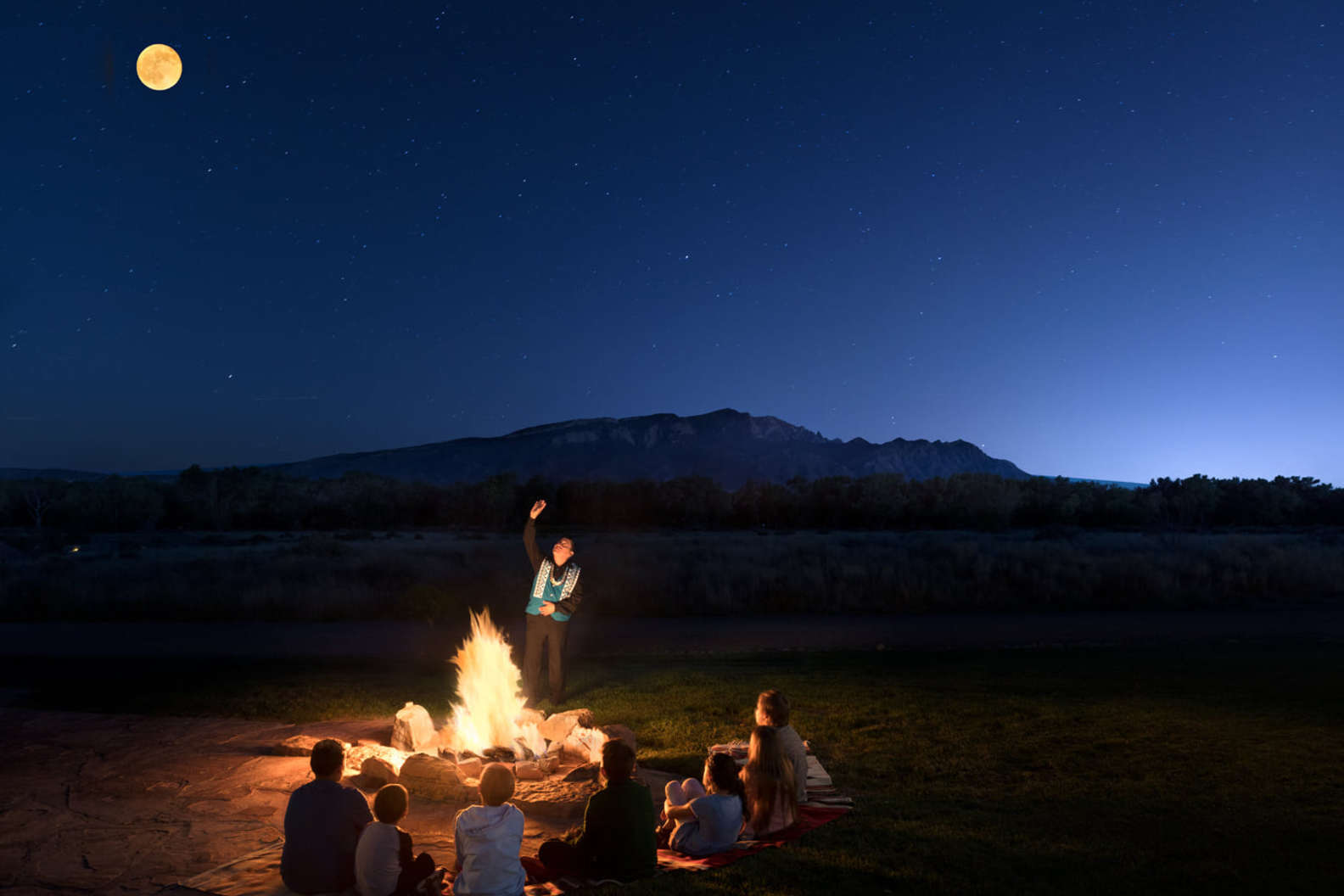 Albuquerque, New Mexico
Who says you can’t get familiar with indigineous culture while enjoying luxury accommodations at the same time? The Hyatt Regency Tamaya Resort is owned and operated by the Tamayame people on the vast Santa Ana Pueblo outside Albuquerque. Guests are invited to ride horses, take part in pottery classes, and watch authentic tribal dances. Ask for a room with a view of the Sandia Mountains. 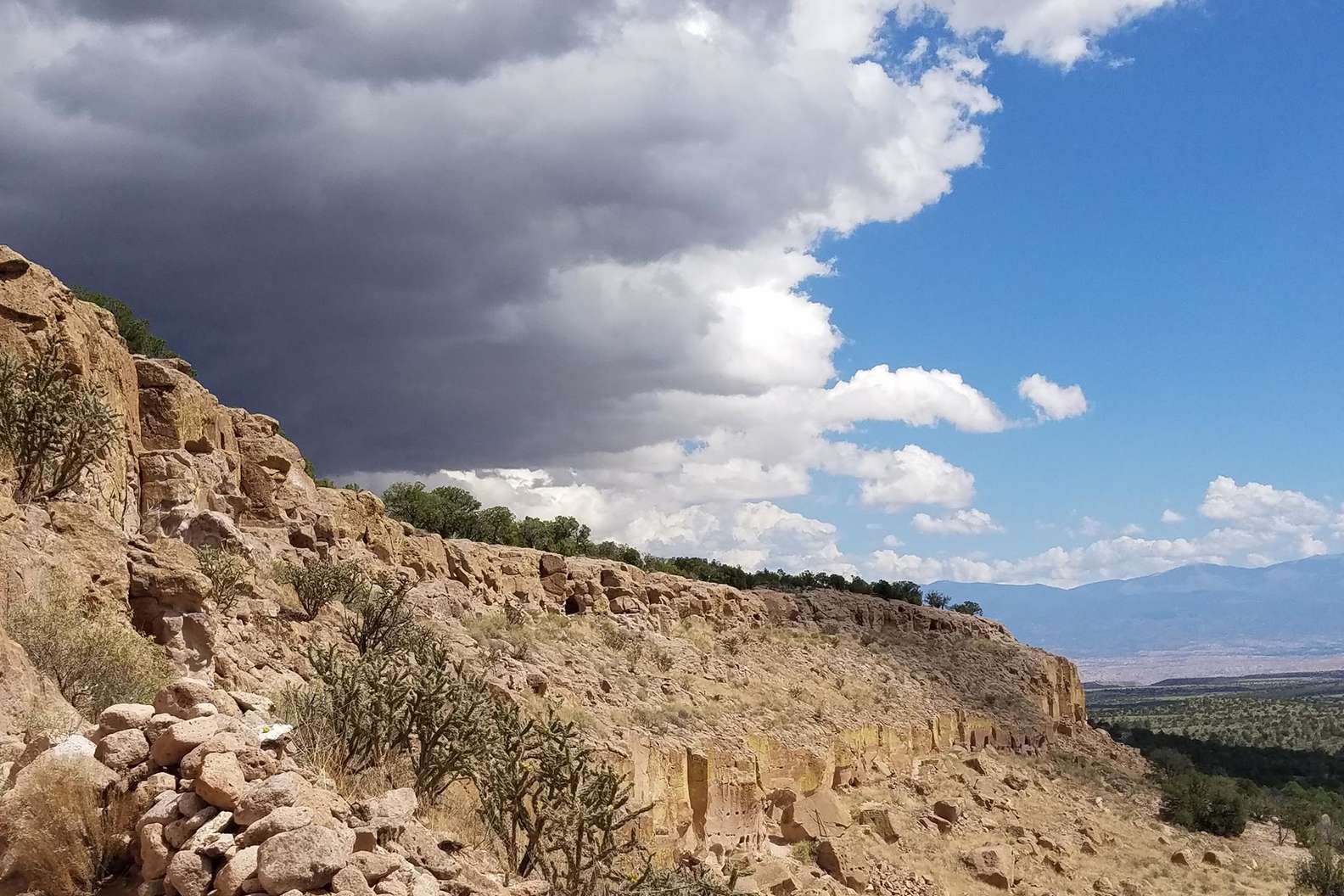 Los Alamo, New Mexico
Think of them as old-school, high-rise apartments. The Puye Cliff Dwellings were the home of more than 1,500 Santa Clara Pueblo inhabitants between 900 and 1580. The dwellings include two levels of caves on the side of the Pajarito Plateau with additional homes on top of the mesa. Tours are available on the hour to all parts of the cliff. The Harvey House is an old bed and breakfast from the early 20th century that’s now a gift shop and exhibit hall. If you’re wondering whatever happened to the Santa Clara people, they moved about 10 miles east to the Santa Clara Pueblo, where they still live today. Book a room at Inn at the Delta, which has 10 suites and an impressive collection of Native American and Spanish Colonial art. 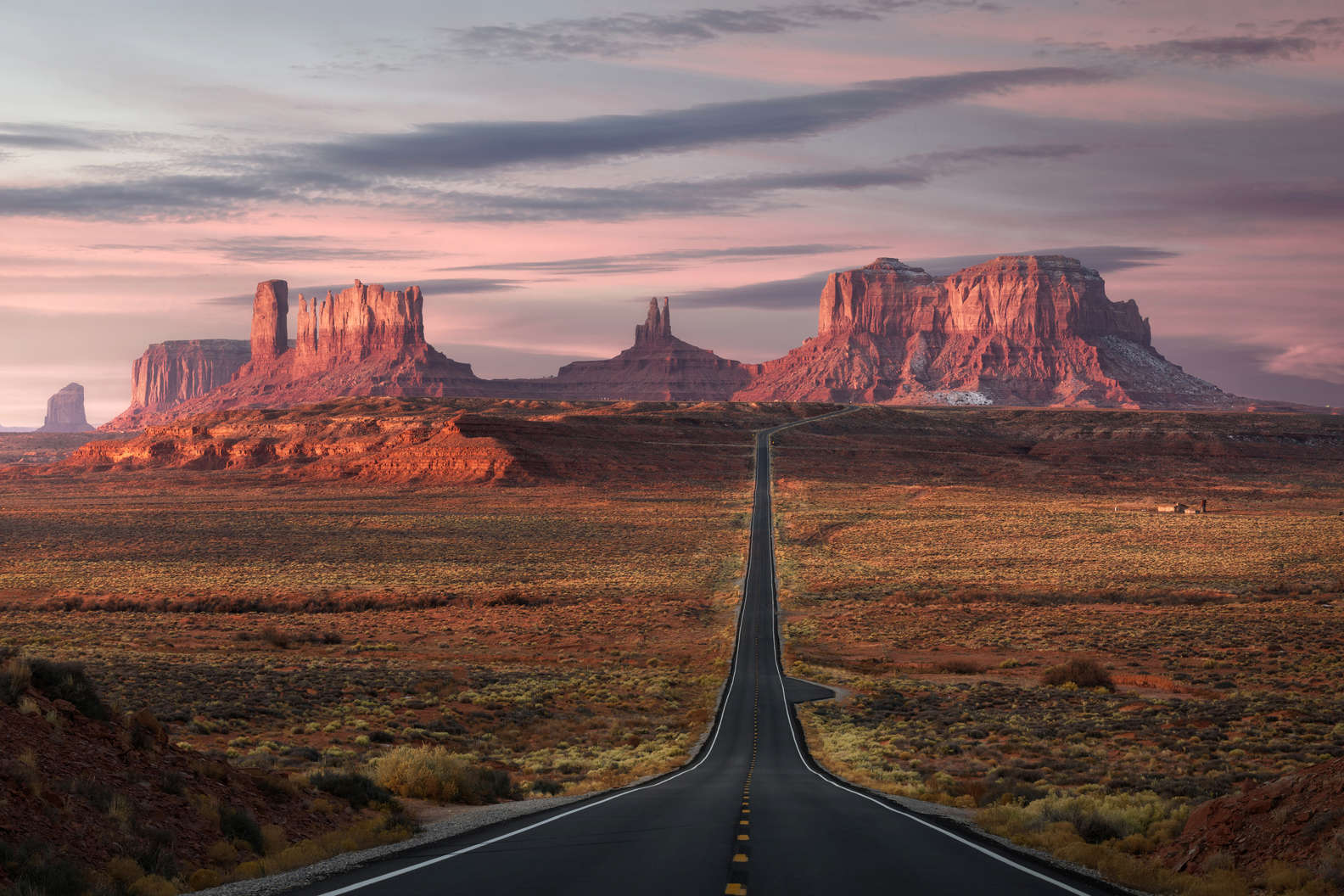 Arizona, New Mexico, Colorado, and Utah
Navajo Nation covers more than 17 million acres, making it the largest reservation claimed by a single tribe in the United States. (If it was a state, it would be larger in land mass than at least 10 others.) So yes, there’s lots to explore, especially the colorful rock formations of Antelope Canyon, Monument Valley, and the capital Window Rock, named after a distinctive sandstone landmark with a large, circular hole in the middle. For something more contemporary, visit the street murals of the Painted Desert Project, an effort in beautifying buildings and other structures in the nation for more than 10 years. Save most of your dollars for the Hubbell Trading Post, which has been selling native art and other items since 1878. 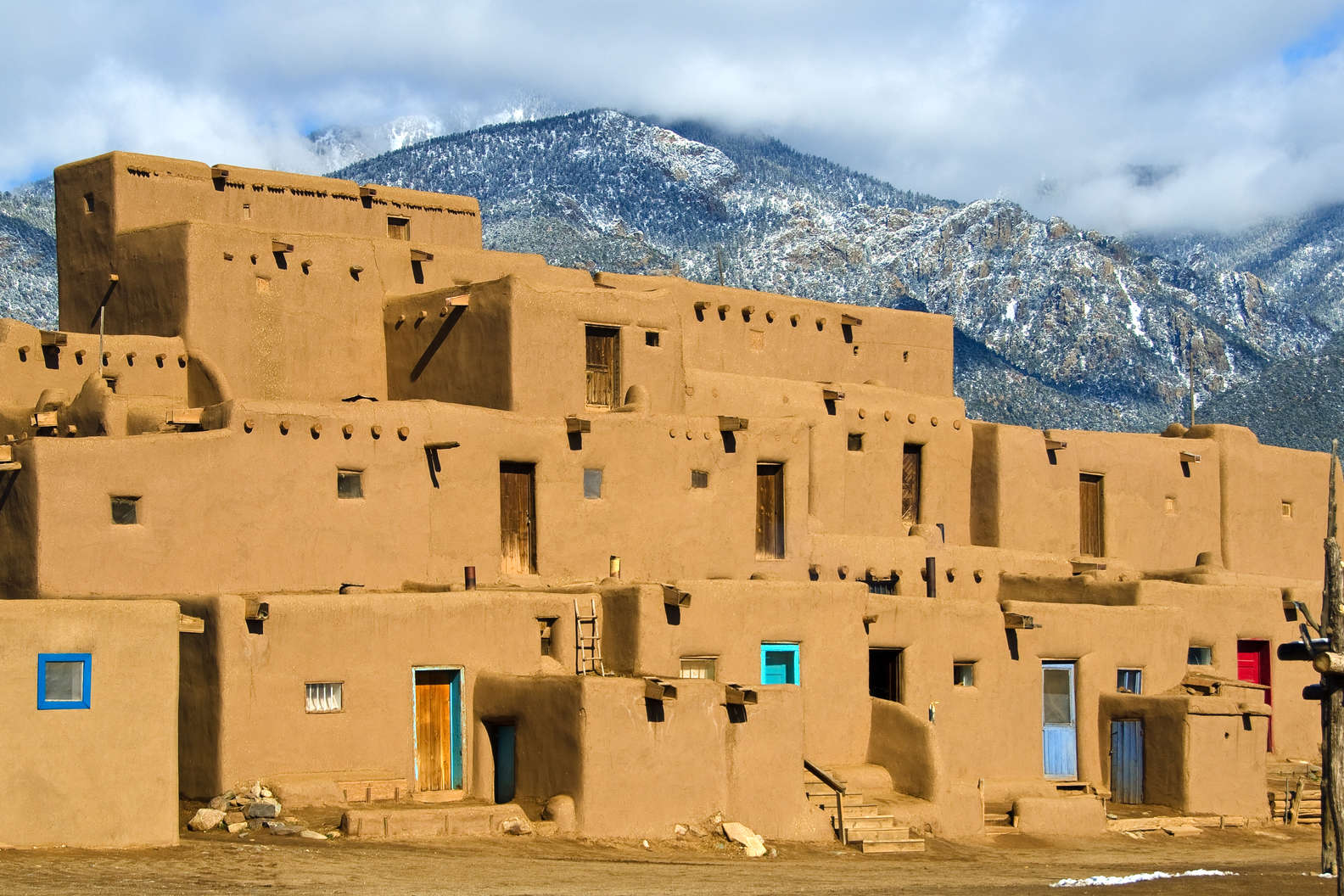 Taos, New Mexico
Dating back nearly a thousand years, Taos Pueblo is considered the oldest continuously inhabited community in the United States. It’s built entirely from sun-dried adobe bricks with more than 150 indigenous people still living there year-round. The town of Taos is just south with hundreds of shops, art galleries, and restaurants overloaded with Native American authenticity. Nearby Blue Lake was claimed by the U.S. government at one point, but returned to the Taos people. It’s a scenic destination for ambitious hikers. However, it’s considered sacred and photography is forbidden. 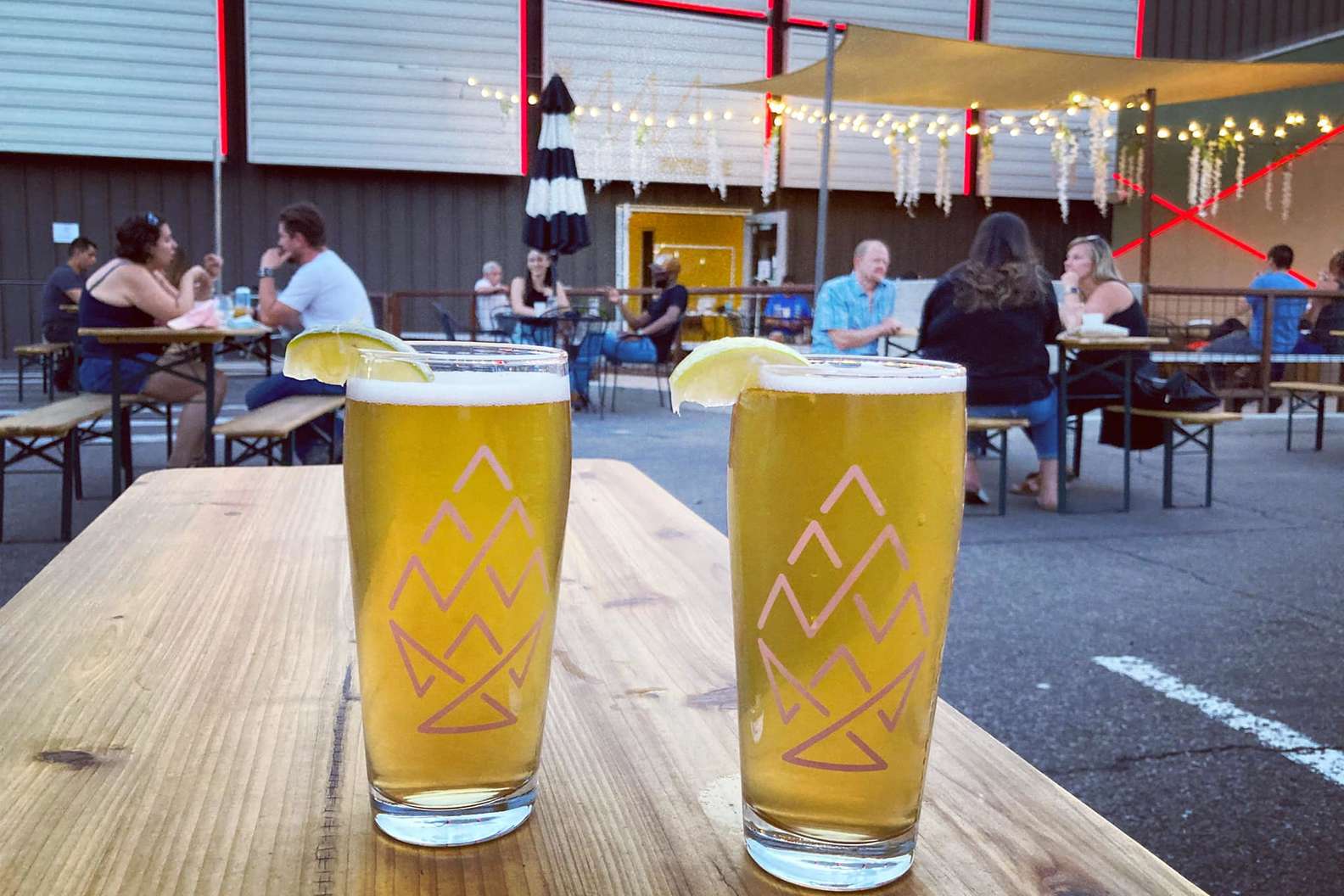 Albuquerque, New Mexico
Bow & Arrow Brewing Company was founded by two Native American women, Shyla Sheppard and Missy Begay, who honor their ancestry while brewing some of the most robust, complex craft brews in New Mexico. The business is relatively new, opening in 2016, but is already earning raves from beer lovers around the country — especially for the line of inventive sours. The Albuquerque taproom is a charming, rustic space for enjoying a drink. It’s a five-minute drive from the Indian Pueblo Cultural Center, which features a rotating lineup of exhibits dedicated to 19 Pueblos and the Pueblo Harvest Cafe. 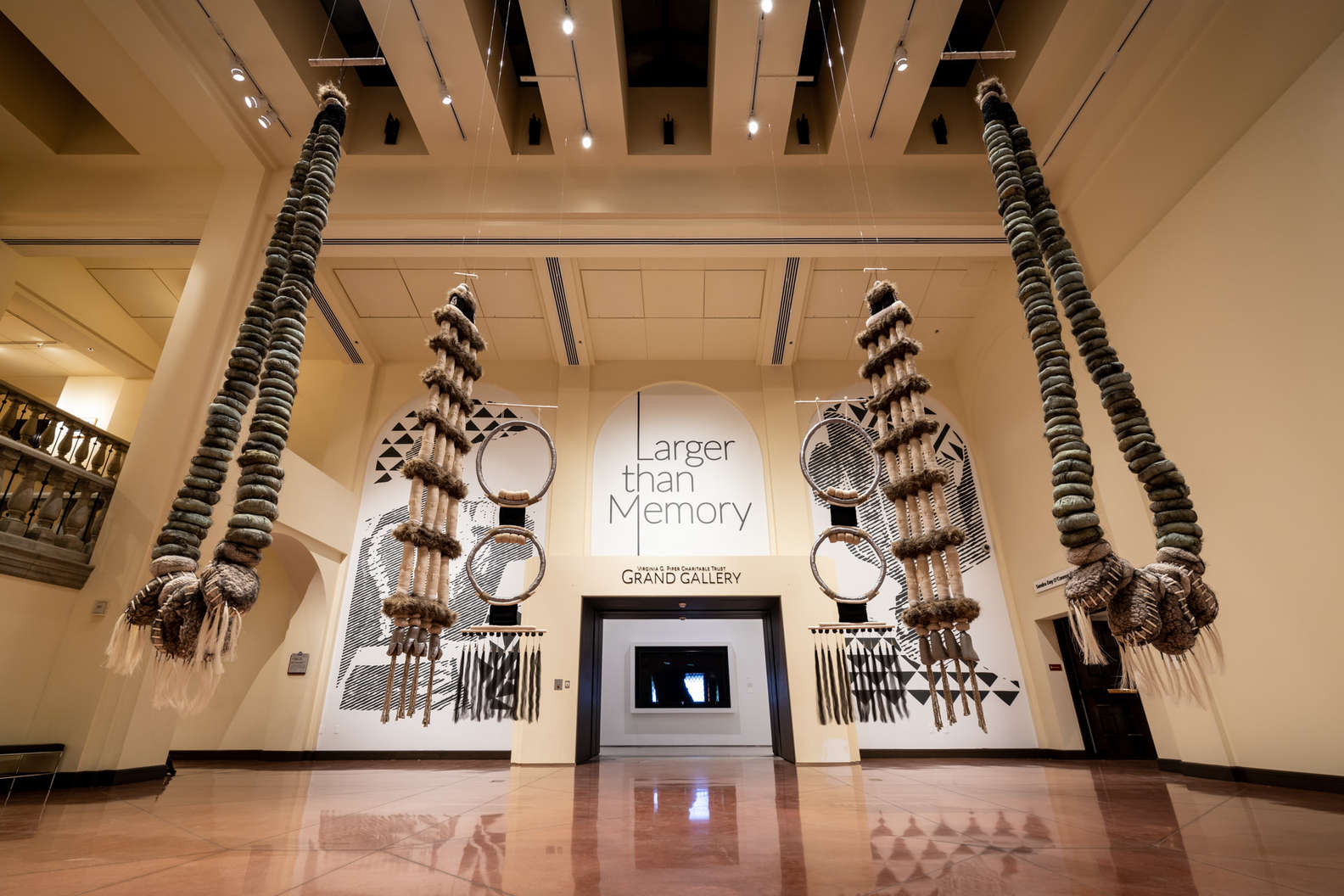 Phoenix, Arizona
Often mistaken for an old home due to its warm and welcoming feel, the Heard Museum was built in 1929 to house a private family art collection that’s only grown in size and scope over the years. There’s a heavy emphasis on western U.S. Native American art, including more than 1,200 katsina dolls, some of which were donated by Barry Goldwater. On any given visit, you can trace the history of Native Americans through more than 3,600 pieces, ranging from historic artifacts to contemporary works. The Heard Museum is unique in its eagerness to showcase pieces from newer, younger artists, making frequent return visits worthwhile.  Sign up here for our daily Vegas email and be the first to get all the food/drink/fun in town.

Rob Kachelriess has been writing about Las Vegas in Thrillist for more than seven years. His work has also appeared in Travel + Leisure, Trivago Magazine, Sophisticated Living, Modern Luxury, Leafly, Las Vegas Magazine, and other publications. Follow him on Twitter @rkachelriess.

Things We're Looking Forward to in Las Vegas in 2021

Now that 2020 is over, things can only get better. Right?

Things to Do in Las Vegas This Weekend

Slurp Down Some Noodles At These Las Vegas Ramen Shops

For those cool desert nights.

Everything You Need to Do in Las Vegas Over the Holidays

Rooftop ice skating, light shows, and bar crawls to see off the season.

Hello 2021! How to Celebrate New Year's Eve in Las Vegas

Yes, you can actually ski in the desert. Kinda.

Here's How to Volunteer in Las Vegas this Holiday Season

Giving is more important than ever this year.

What to Eat at McCarran International Airport in Las Vegas

The Vegas airport has more than planes and slot machines.

The Best Weekend Getaways from Las Vegas this Fall and Winter

Fill up on gas and windshield wiper fluid. We're going on a road trip.

Here's Everything You Can Do in Las Vegas for Halloween 2020